Happy Mad Hatter Day everyone, I hope you’re all fully expressing yourselves, wearing weird hats, or eating mercury in an attempt to become a real mad hatter yourself on this most frabjous of days. What am I doing on this day to celebrate? I couldn’t find any mercury, but I stopped taking my mood stabilizers, so the words I type are in God’s (Franks) hands now. Okay, I didn’t actually do that and you shouldn’t either, nor can I actually recommend in good conscious you eat mercury, no matter how delicious it is.

What is one to do on Mad Hatter day you ask? Be weird, be silly, wear crazy top hats, keep changing places at a table or in a car at a red light, I may not know a lot of laws but I think that’s perfectly legal on Mad Hatter day. Just remember, if you wear a top hat, laws don’t apply. On that note, I am not a lawyer. I’m Denholm Afedoj, famously redacted ex-jester for the queen of Wonderland. You’re probably asking yourself, “Denholm, when are you going to finish giving us bad advice and get to the topic of this blog post?” And too that I say, right after this last bit of bad advice. You can pay off your credit cards with another credit card indefinitely, just keep opening new accounts. Okay, onto the topic.

I’m sure you’re all aware of who the Mad Hatter is but here is a reminder. He is a silly man who enables the caffeine-addicted March Hare by throwing wild tea parties to celebrate his, yours, anyone’s, unbirthday. Or so you’ve been told. Remember, Bibwit and I are proof that Lewis Carrol got it all wrong, Alice is actually spelled Alyss, and the Mad Hatter’s real name is Hatter Madigan. The Looking Glass Wars is actually what happened. Hatter Madigan, the inspiration for the Mad Hatter, is the queen’s personal guard, a leading member of Wonderland’s elite security force, the Millinery.

Those of you who are not in the know are probably thinking, “Denholm, how did this Hatter Madigan character protect the queen?” Well, along with a multitude of other weapons including a wrist-mounted, retractable blade that would put Ezio Auditore’s (Assassin’s Creed) to shame. He uses his hat, which is fitted with s-shaped blades that retract and can be thrown like a boomerang. I’ve seen him use it in person, you do not want to be on the business end of that throw.

So, today I bring you a list, of six other, hat weapons in popular culture. Remember this is a list of hat weapons, not famous hats. The sorting hat will not be on this list, and you definitely cheated when you took the online sorting hat quiz to get the house you wanted. Okay onto the list.

Oddjob the silent, bowler hat throwing, henchmen for Auric Goldfinger, is a villain in the James Bond film, Goldfinger. Besides being incredibly skilled at had to hand combat, he is most famous for his bowler hat that is fitted with a knife inside the brim. People like to think that his hat was inspired by the chakram, a round thrown knife, invented in India, that was worn on top of turbans. Us Wonderlanders know the truth though, obviously, Ian Fleming, the author of the James Bond books, was inspired by a Millinery hat that fell into the heart crystal. Unlike Hatter Madigan, Oddjob’s hat was the cause of his demise, after he attempted to retrieve his hat that was stuck in a live electrical cable. When asked about Oddjob’s death, James Bond smoothly quips, “He blew a fuse.”

MORTAL KOMBAT!!! Dun dun dun dun dun-da dun dun dun dun dun du. Ready? Fight! From the famous/infamous video game series, Mortal Kombat, we find the next character on this list, Kung Lao. First making his debut in Mortal Kombat II, Kung Lao is the teleporting, hat throwing, Shaolin monk. Kung Lao’s hat may seem similar to Oddjob’s and this is no coincidence, the creators of the game have stated they drew inspiration from the Bond villain. This means, if you’ve been paying attention and following my logic, Kung Lao was technically inspired by Hatter Madigan. Kung Lao uses his razor blade-rimmed hat to amputate the limbs of those unfortunate enough to end up in a bout against him.

His hat is also prominently featured in his post-fight finishing moves, aka fatalities. My personal favorite fatality is when Kung Lao throws the hat into the ground, where it continues spinning like a circular saw at a lumber mill. Kung Lao then drags his opponent by their feet through the saw, holding up the two halves of what was a person to the camera to celebrate the win. Graphic moves like this are the reason why Mortal Kombat is responsible for the invention of the ESRB game rating system and was awarded the first “M” rating. Does anyone else want to see Oddjob, Kung Lao, and Hatter Madigan duke it out? I’m taking all bets.

The calling card of a member of the Peaky Blinders gang is a newsboy hat with a razor blade peeking out of the blinder. Which I’m just now realizing is how they came up with the name. While the two previously mentioned knife hats were welded by skilled martial artists, these hats are used to give the members of the Peaky Blinders a surprise upper hand in a fight. When I wear a hat I’m constantly adjusting it, so I think that if I were in the Peaky Blinders I would have the nickname “Bandaids”. These hats have a hidden third use, they block the sun, have a blade in them, and can be used to shave. Imagine if the screenwriter of Peaky Blinders, Steven Knight, did a Looking Glass Wars T.V. show! Who would play Alyss though? Who would make a good Hatter Madigan? WHO would play me? Who am I kidding, with my track record, I wouldn’t even be an extra…

While this hat does not have knives, it does have helicopter blades. I’ve always wanted to use Inspector Gadget’s helicopter hat. This hat can do more than just fly, it has binoculars that lower out of the brim, hands for various necessary hand abilities, a police light, grappling hook, umbrella, and parachute. This hat is truly a Swiss army knife, I wouldn’t be surprised if it has a fish scaler in it as well. While this isn’t a traditional weapon, I felt as though it somehow fit on the list. Also, there are like twenty anime characters with knife hats so this is a nice change. Oh, and evil Inspector Gadget from the 1998 movie has a flamethrower, it counts! Go, go, gadget, write the rest of this for me… Damn… Wait, I got it, go, go, onto the next hat!

This is the only sentient hat on this list. Cappy is Mario’s magic hat from Super Mario Odyssey that gives Mario the ability to enter the body and take control of whatever he throws the hat onto. Be it Goomba, T-rex, or those orange flexible traffic posts. While throwing the cap does not harm the person or thing you take control of, you can use the fact that you control something else to make them fall off of ledges, walk into spikes, or get electrocuted. You get the idea. I feel as though if Hatter Madigan had Cappy, it would have changed the events of the Looking Glass Wars significantly.

Think about it, he could have thrown Cappy at a jabberwocky, quickly gotten through a bunch of playing card soldiers, and eaten Queen Redd. Oh oh, I know, he could have become a cannonball spider and launched himself at the castle. No wait, I got it! He could have thrown Cappy at a tarty tart that the Red Queen was going to eat, then when he was eaten, taken Cappy off, and the size shift would cause him to explode out of her body. Yup, that’s the most straightforward plan of action.

1. Laszlo’s Witch Skin Hat, What We Do in the Shadows

“A cursed hat made out of the skin of a dead witch? Denholm, you disrespected the sorting hat then go with this?” Oh, my dear, sweet, innocent, reader, I can go with whatever I want, I’m the god of this document. Unless Frank says otherwise. First of all, the concept of this hat makes me laugh. For those of you who don’t know, Laszlo from What We Do in the Shadows has this hat made out of a dead witch. It is one of Laszlo’s most prized possessions. It’s also insanely cursed. This hat is canonically responsible for the Great Potato Famine in Ireland. Along with that, one time, when Laszlo wore the hat, he was attacked by a horse, who then tried to mate with him. “That’s all fine and dandy Denholm, but I still don’t see how this hat is a weapon.” I’m getting there!

The thing about this hat is Laszlo really loves it, he thinks it’s cool and makes people jealous of him, there is also another vampire who wants the hat really badly, and he tries to kill Laszlo for it. In a 4D chess maneuver, Laszlo uses reverse psychology to have the other vampire wear it, which ends up being the other vampire’s demise. It’s a far stretch, but in the right hands, a weapon.

We all agree that these hats are cool, but Hatter Madigan takes the cake here. Here are some hats that I wanted to add to the list, but realized that they actually weren’t “weapons”, but have threatening auras that would make Queen Redd take notice.

The Cat in the hats, hat.

Ash Ketchum’s hat, but only when he turns it around backward.

Any headgear with a Raiders logo on it!

Most (if not all) Fedoras…

And, last but not least, this…

Okay, this hat is a weapon technically, but it’s lack of efficacy would make any self-respecting Milliner gasp. That this madness is actually a real patented design is insane to me! Do NOT wear this one to any tea parties you attend! 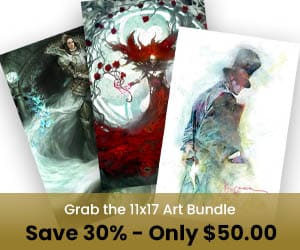 All Roads Lead to Alice
The Red Queen’s Last Son: Prince Leopold
Q&A with Frank Beddor and Gregory Maguire
This is How They Found the Music for the New Alice In Wonderland Project - The Looking Glass Wars
The Alice in Wonderland World Is A Fantasy: But This Isn't...
1 2 3 … 11 Next » 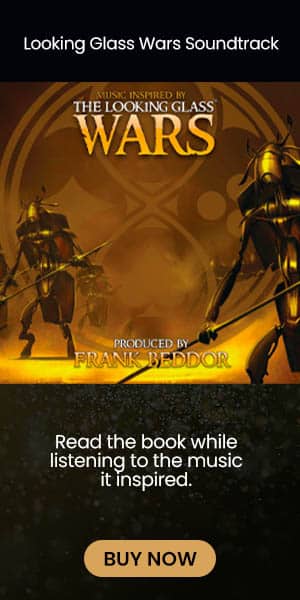