THE LOOKING GLASS WARS is a novel set in two dimensions -- our world and Wonderland.

Since so much of the story unfolds in Wonderland it came to me that for the reader to more fully experience these characters and their world I should somehow extend the mental dimension of the page to the aural dimension to make it more sensory and emotional.

Acting on an Imaginative impulse I decided to create an ‘aural novel’ by producing a soundtrack much the same as a director would for a film. It was an abstract concept but one that I felt held a secret, locked promise if faithfully and artistically pursued.
The musical landscape offered an incredible choice of talent and within a short time a number of artists were at work on their songs . And this is where it all became strange...

For as the music came together and the tracks were compiled I came to know these characters, my characters, on a much deeper level. Ultimately, I found it both shocking and exhilarating to so intimately experience the anguish and passion of the heroic, monstrous, vengeful and loving denizens of Wonderland.

A mass is being sung as thunder echoes and ominous church bells ring taking us to another world and a very, very different vision of Wonderland. For here we have Wonderland after Redd’s apocalyptic coup has destroyed everything and sent Alyss into exile. Dodge sings of this lost world, backed by the voices of the loyal Alyssians who have pledged to defy the rule of Redd and wait for the return of Alyss. But the shock and the horror have stunned them all. Like walking dead, they must carry on, for if not them, who?

While Wonderland writhes under Redd’s rule, Alyss the child dreams of returning to her Queendom in a matter-of-fact, serenely self-assured description of exactly how she will return to Wonderland.

A wail... cuts across a lost landscape of shattered glass as the sound of whips cracking cut through with an urgent rhythm. A woman’s voice alternately lures and informs as it explains how to get where you want to go. Is it Genevieve directing her daughter in the intricacies of mirror logic? Or is it her deceptive aunt, Redd, luring her home thru the looking glass?

Royal Tutor Bibwit Harte, Wonderland’s six foot tall alabaster skinned albino, issues a call to arms in the endless war for Imagination.
The authoritative voice of the tutor responsible for the education of Wonderland’s Queens is not to be ignored. Find Alyss and bring her home or... burn in Wonderland.

What she needs is a different sky. The Lost Princess explores London in the hope of finding the puddle that will take her home. Recalling only a few words of instruction she allows herself to be led in a hopeful trance to no ordinary water... in search of puddles where no puddles should be.

When Alyss Heart does finally travel home to Wonderland via a puddle the effect of portal travel is so luminous, floating and free to her courier heart
that she trances into a state of portal decompression and must be revived upon her emergence through the Pool of Tears.

Lost from each other for 13 years, Alyss and Dodge engage in a slow, cool chase as they mirror each other’s love. Alyss pursues while Dodge waits... far too polite for this Queen’s taste.

Listen to the Music 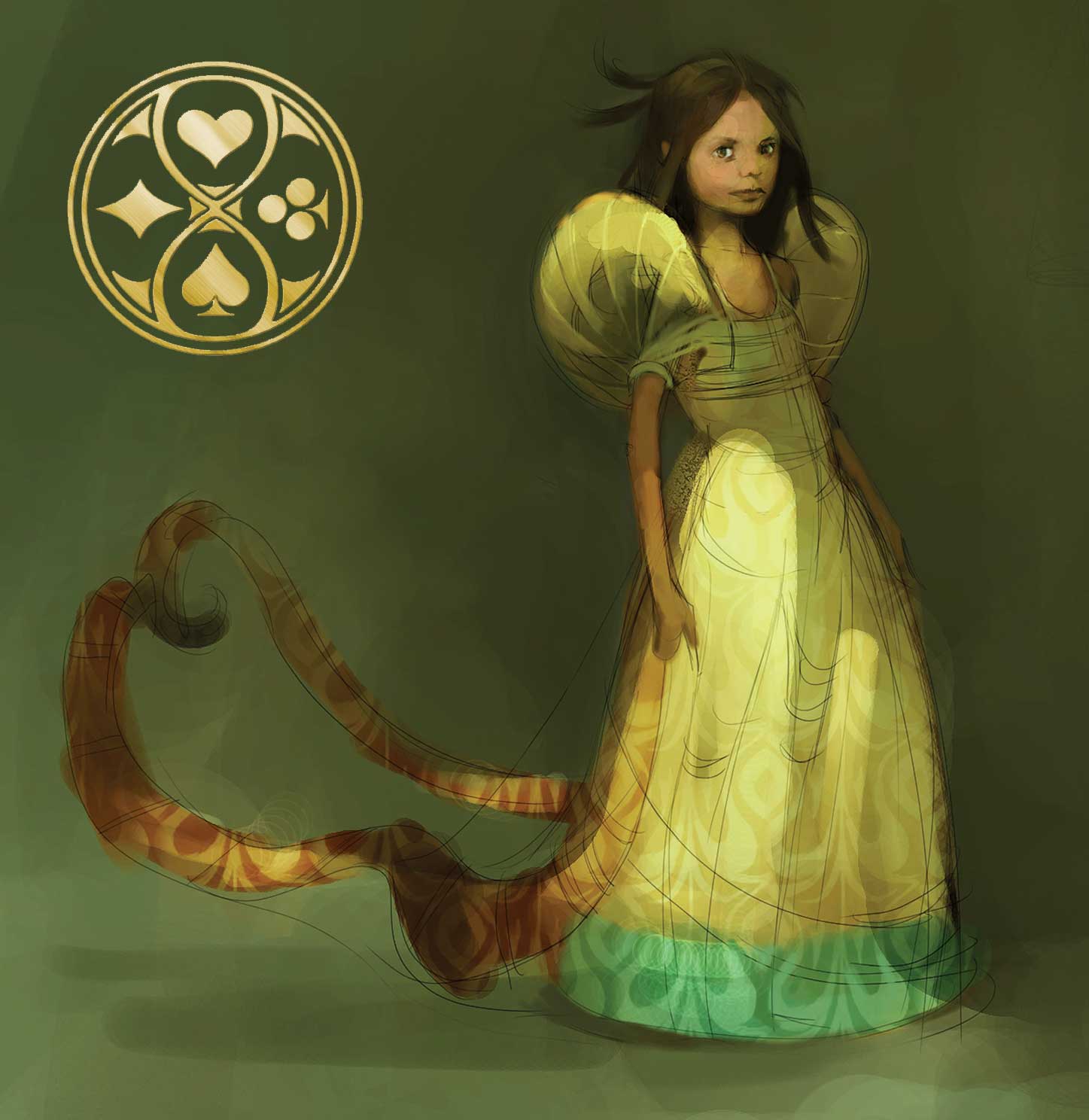 Are the voices in Alyss’s head real? As the mechanical card soldiers spread across Wonderland.. advancing like evil, deadly toys on a bloody rampage Alyss must shut out the nonsense and lead the Alyssians to victory.

Far away in London in his bachelor bed, Lewis Carroll dreams of the truth. For sleep can no longer shield him from the truth of Alyss Heart’s terrible, horrible story. But he argues in his dreams, he fights the truth, he cries out, “There’s a place where the garden can take you through the looking glass...”

For all that Alyss Heart suffered in her exile, there was a brutality to what young Dodge witnessed that may have scarred him far deeper than the gouges left by the Cat. Split between belief and disbelief, love and hate, forgiveness and revenge, Dodge cannot shut out the sounds of the psychotic lullaby that threatens to tear him in half.

Alyss battles Redd to the edge of Wonderland only to find herself plunged into a dream. Is it real? Or is it all in her he
ad? Alyss must realize that constructs and illusion can alter the truth if she is to survive the sea of Redd.

Now... discover the truth... we all have voices in our head telling us what is real and what to believe. And much like Alyss Heart, we all must engage in our own epic battles for Imagination or our worlds may also be...shattered.
Home
BooksArtVideosNewsCosplayBlog
AboutStoreFilm, TV & GamesArtistsSchool VisitsFan ArtContact