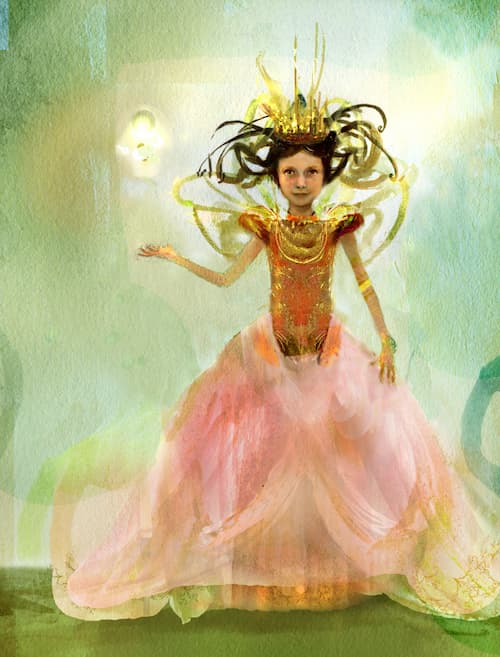 Catia Chien is an avid painter who works from her studio in Southern CA. Besides being filled with vivid imagination, her work is described as rich with whimsy, colors, and energy. She is currently producing work for the children’s book market, film, animation, comic book anthologies, and galleries.

Ben Templesmith is an artist and writer most widely known for his work in the American comic book industry where he has received multiple nominations for the industry’s top prize, the Eisner Award. As a comic artist his most notable works have been 30 days of Night (now a major motion picture), Hatter M., and Fell. He has also worked on the Star Wars, Army of Darkness, Silent Hill, and Buffy: The Vampire Slayer properties and products art design for brands, DVDs, toys and film concept work. 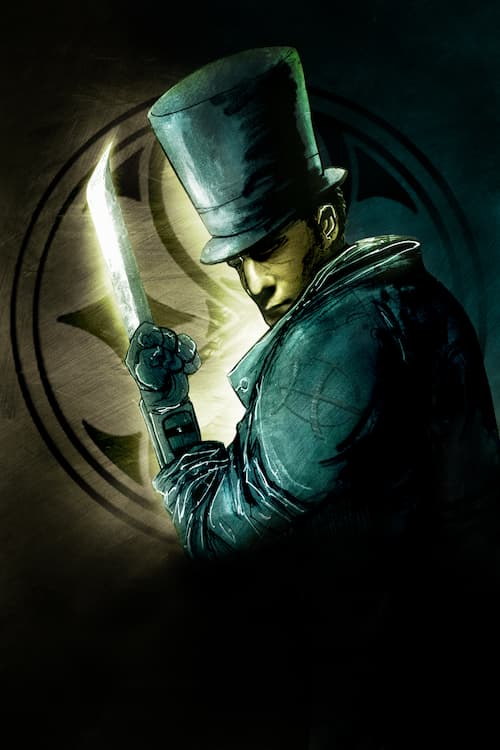 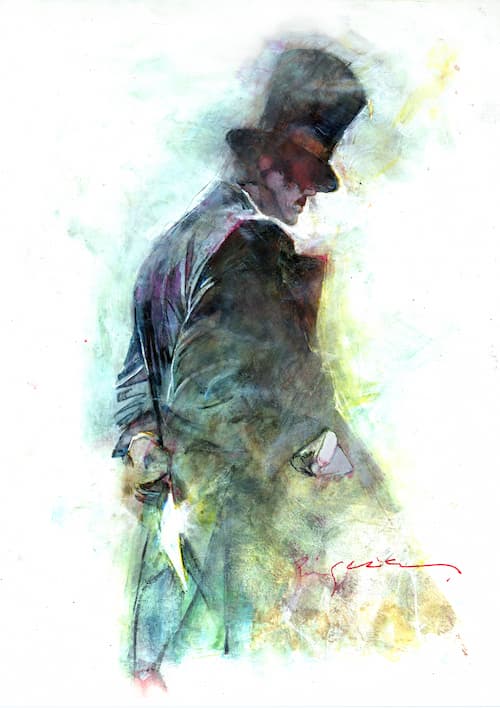 Bill Sienkiewicz (pronounced sin-KEV-itch) is an Eisner-winning, Emmy-nominated artist best known for revamping the style of comic and graphic novel illustration from 1980 onward, most notably with Marvel Comic's Elektra: Assassin and his acclaimed graphic novel Stray Toasters, earning him an international reputation and cult status across media industries.
A classically-trained painter, Sienkiewicz's renderings incorporate abstract and expressionist influences and any combination of oil painting, acrylics, watercolor, mixed-media, collage, and mimeograph - previously unheard of in comics. His work has garnered numerous accolades - most notably a 2004 Eisner Award for DC Comics' The Sandman: Endless Nights, and 1995 and 1996 Emmy Award nominations for production and character design on the PBS children's TV series Where In the World is Carmen Sandiego? Elektra: Assassin swept the top comic illustration awards in the U.S., Europe, and Italy, respectively, with a 1987 Kirby Award, 1986 Yellow Kid Award and 1986 Gran Guigiri Award.

Jennifer attended Ringling School of Art and Design, where she majored in Illustration in 2004. She has provided concept art and visual development for the upcoming feature animation The Legend of King Nal, and has done concept art for Black Chicken Studios and Automatic Pictures. 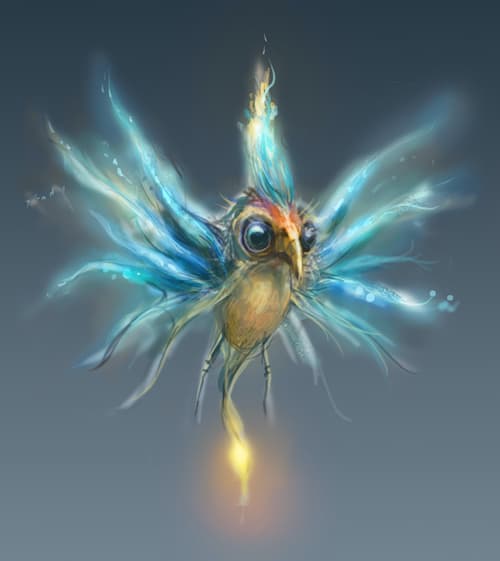 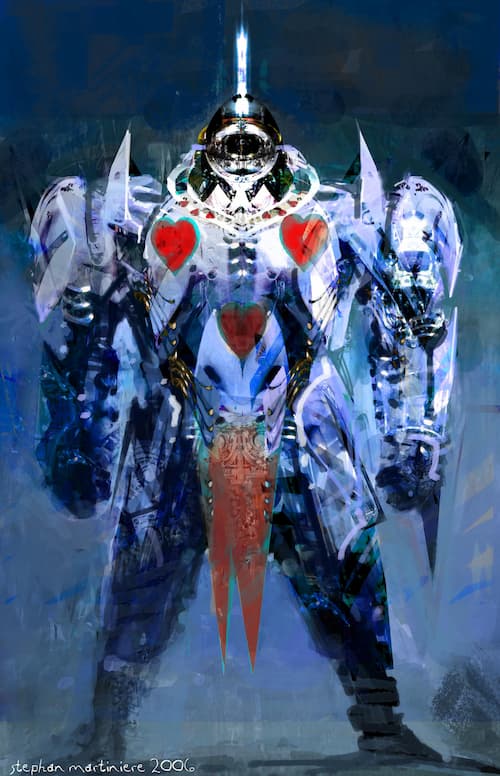 Smoothly morphing his considerable skills and experience, Stephan Martiniere shape shifts from whimsical to hard-core science fiction, cartoon to realistic, illustrator to director. Stephan has worked for three years as visual art director at Cyan, the creators of Myst, on their games Uru: Age Beyond Myst, Uru: The Oath of the Shell and Myst 5.

Stephan is currently the Creative Visual Director for Midway Games, and has created conceptual art for the films Star Wars: Episode One, I, Robot, Star Trek XI, and Barbarella.

Vance Kovacs is an extremely talented artist who has worked on The Chronicles of Narnia films, as well as art for the Magic: The Gathering card series. 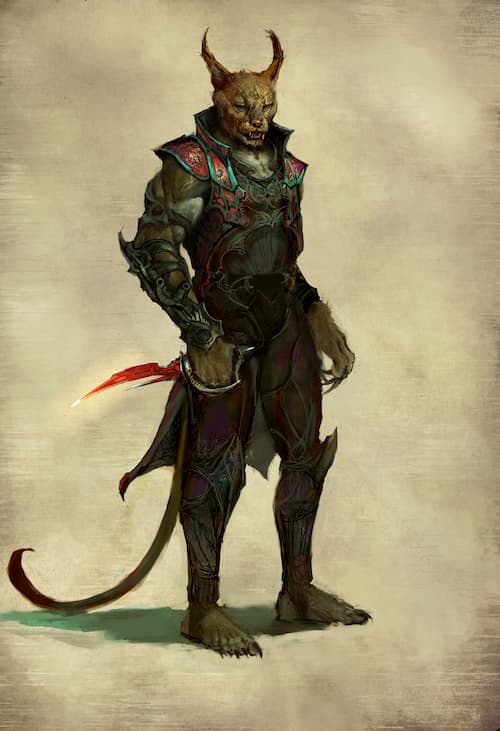 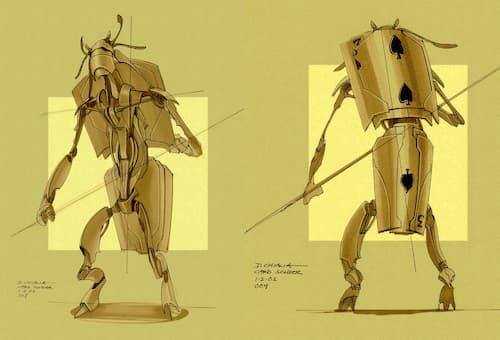 Doug Chiang got his start doing stopmotion animation for Pee Wee’s Playhouse, and then moving to be creative director at Industrial Light and Magic. He worked as a Visual Effects Art Director on Ghost, Terminator 2, Forrest Gump, and won an Academy Award for Death Becomes Her. He left ILM to be Design Director on Star Wars Episode 1 and Episode 2, and followed this working as production designer on Robert Zemeckis’ the Polar Express and Beowulf.

Brian Flora has been working as a Matte Painter and concept artist for fifteen years. His work can be seen in films such as Bram Stoker’s Dracula, Batman Returns, The Matrix Reloaded, Matrix Revolutions, and Seabiscuit, The Polar Express, Sin City, and Star Wars: Episode 1. As a Matte Painter, Brian has produced a body of work that is among the most memorable in the industry. 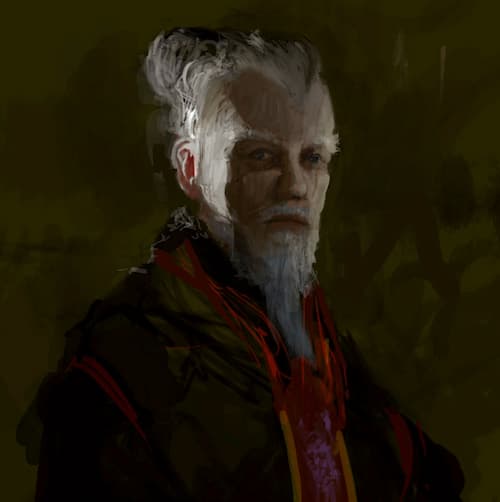 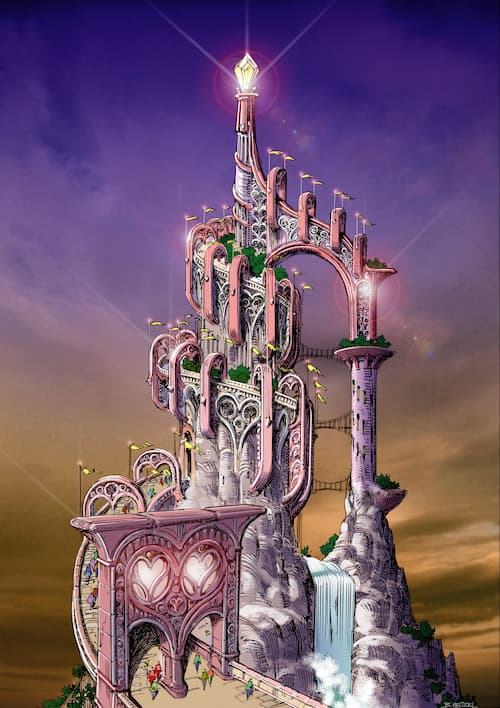 Branislav received his master’s in architecture from UCLA, and went on to work at Landmark Entertainment Group for six years. There, his groups handled everything from large-scale, mixed-use developments, theme parks, movie production design, museums, casinos, and theaters. After spending more years consulting large corporations and movie studios, Branislav formed Hetzel Design in 2001, a design company that is bridging the gap between Hollywood-style entertainment and high-end contemporary design and architecture.

Andrea has done work for numerous high-profile magazines and companies, including Rolling Stone, The Wall Street Journal, Writer’s Digest, Spin, and Baseline. Her work has been exhibited at numerous galleries in San Francisco, where she went to school at the Academy of Art. 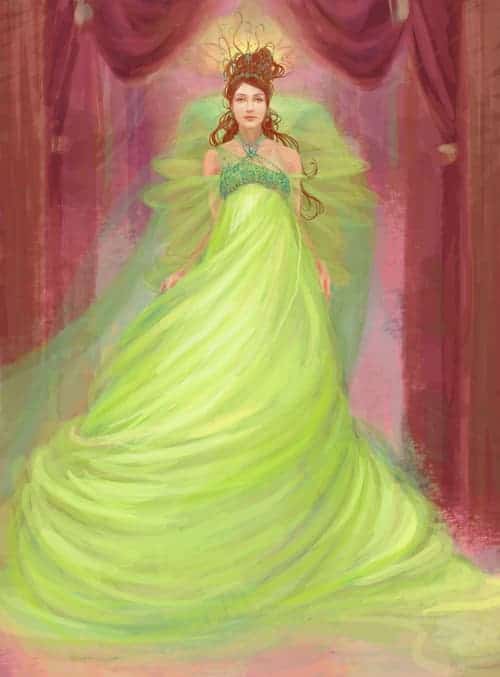 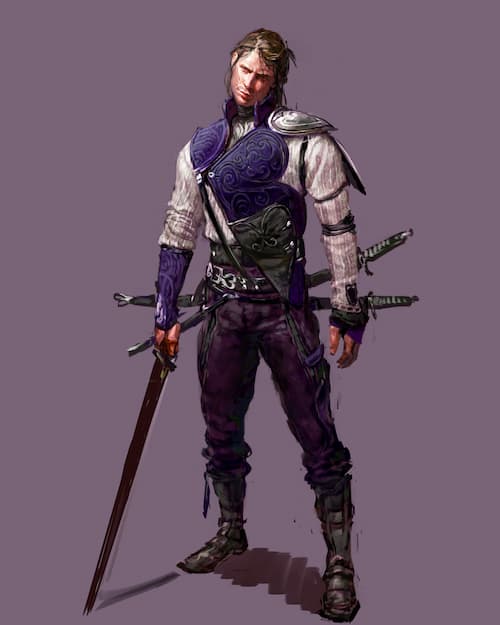 Ryan has done design work for Hasbro Interactive, Ubisoft, Inforte, and Cecropia, designing characters and environments for toys, video games, and websites. Ryan’s goal is to become a productive member of a conceptual design team focused on developing new worlds for interactive media.

Born in Idaho to migrant sharecroppers, Chris Appelhans eventually fled the peaceful valleys and clean air of his birthplace and relocated to Los Angeles, City of Moist and Bountiful Dreams. He was the concept designer for the film Monster House, and the Production Illustrator for Coraline. 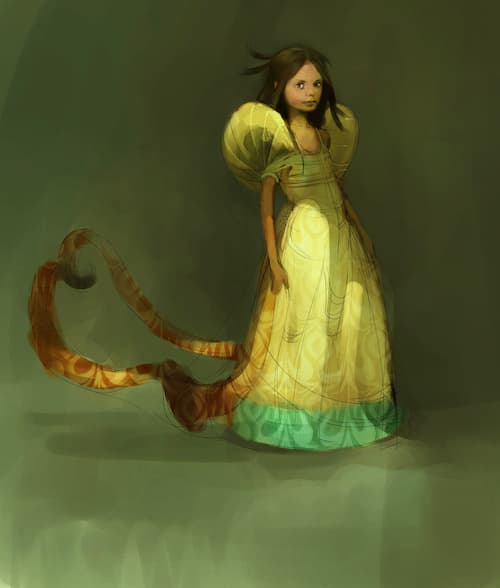 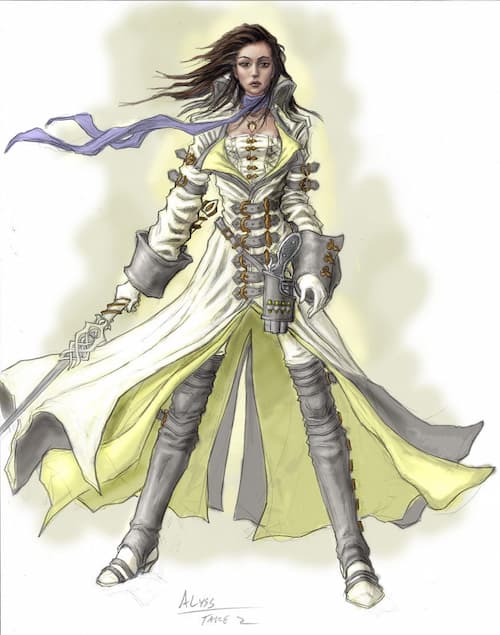 Matt is a well-loved fantasy & sci-fi illustrator, who co-founded Privateer Press in December 2000. He is a game industry veteran, having been one of the creative minds behind the Legend of the Five Rings card game.

John Watkiss began his career in London as a portrait painter and illustrator, and then taught anatomy and fine art at Royal College of Art, The Museum of Moving Image, and Steven Spielberg’s Ablimation. His extensive career has led him from cover artist for graphic novels to storyboard artist and character designer. He has worked for Derek Jarman, Saatchi & Saatchi, Ridley Scott Associates, Francis Ford Coppola, Dreamworks, 20th Century Fox, and Disney, where he worked on the 1999 animated movie Tarzan. 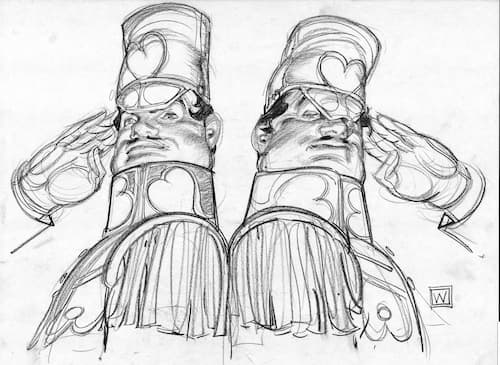 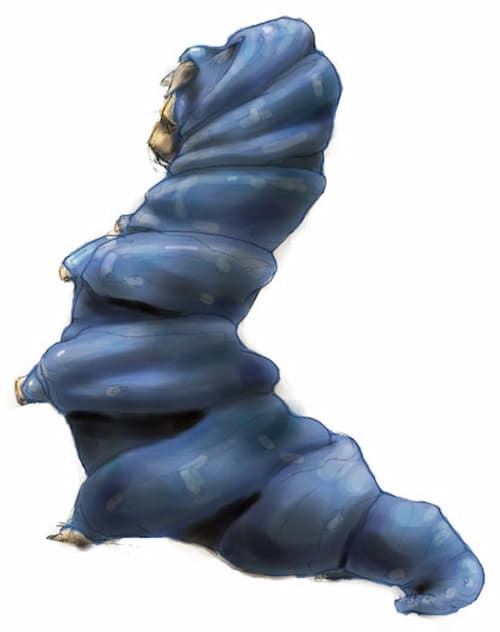 Kristi has worked as a digital effects artist and/or matte painter for numerous Hollywood productions, including Wanted, The Golden Compass, Harry Potter and the Order of the Phoenix, Superman Returns, and Sin City.

Toby is an associate art director and production designer who has worked on numerous projects for Electronic Arts, including three Medal of Honor games, Golden Eye: Rogue Agent, and Strike: Desert Command. He has also done illustrating for Fox Television BMX, National Geographic, and PSM Magazine. 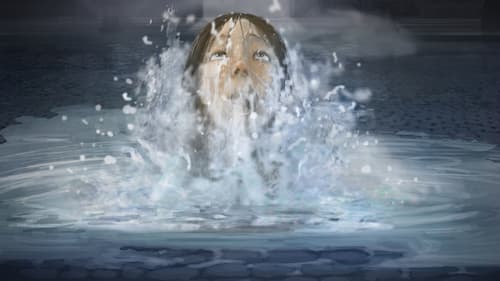 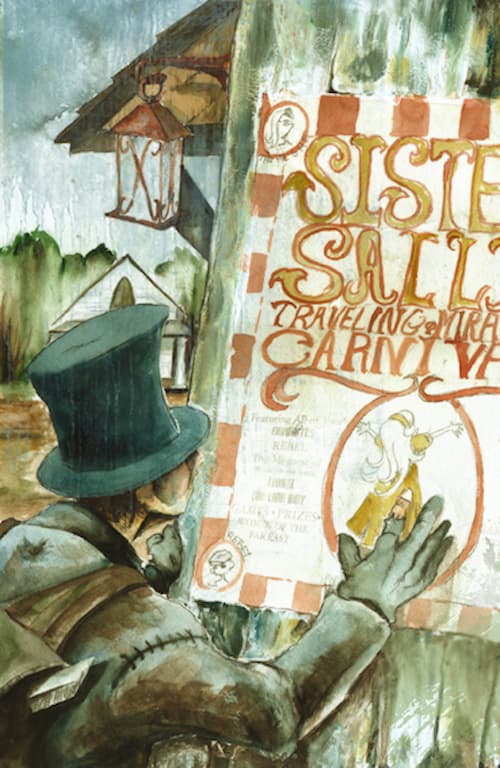 Tyson has had his art presented at numerous shows and galleries. He has contributed editorial illustrations to Kansas City’s PITCH Weekly and the Boston Globe, and has created artwork for The Family Curse, and the children’s book Holden The Elephant.

Tae was born in Korea, but now resides in Chicago. He is a talented concept artist who has done work for WMS Gaming and Midway Amusement Games. 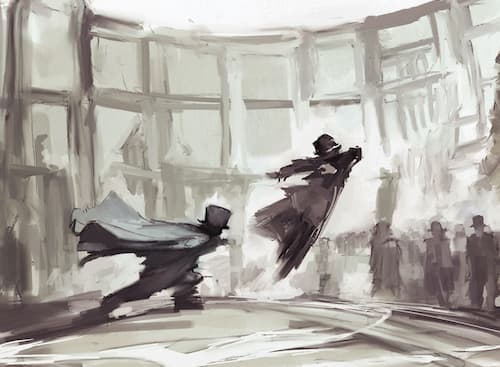 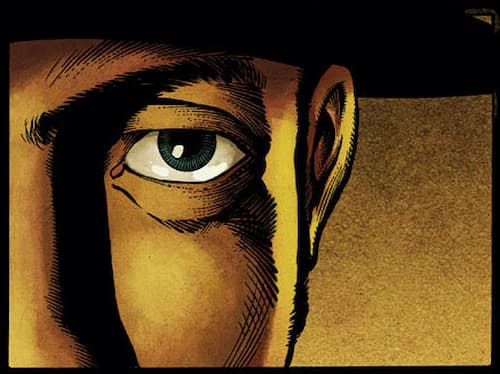 Gerry is a Philippines based comic artist and writer who has done work for many local and foreign titles, including some for Image, Marvel, and DC (currently the Superman Birthright series). His comic Wasted garnered much respect and fame, including a rave from Transmetropolitan creator Warren Ellis.

Braden Graduated from Ringling School of Art and Design in 2004. He is an illustrator/concept artist working on breaking into the entertainment industry, creating characters and environments for video games and films. 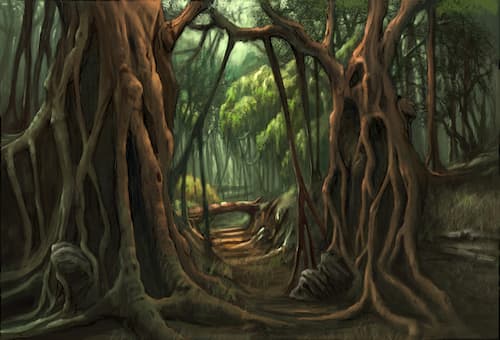 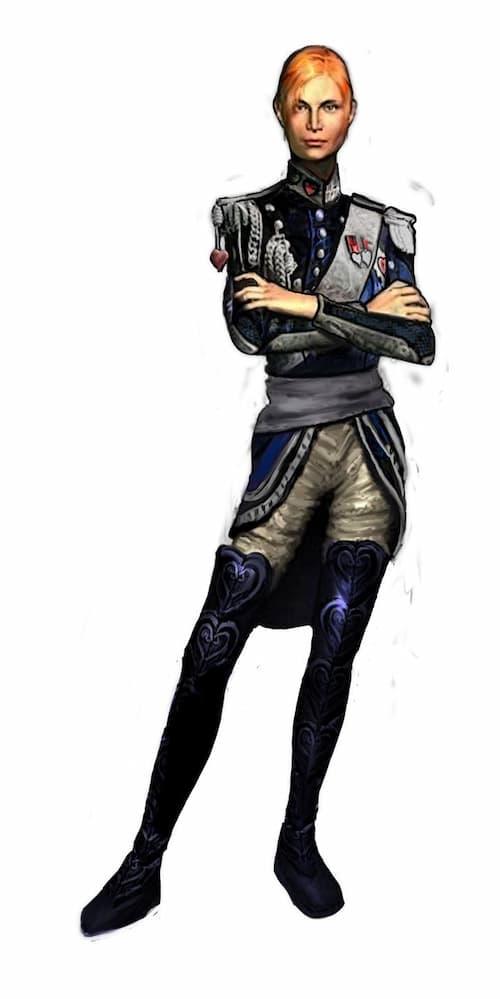 A classically trained artist with a Bachelor of Fine Arts in Oil Painting, Dwayne’s work now combines a fine art sensibility with the infinite possibilities of the digital realm. In his career to date, he has completed numerous illustrations for books, magazines, album covers and games. In 2003, his work was featured in a documentary on the Biography Channel.

Chris is the creator of The Red Star comic book series. He has also done conceptual design work on Peter Jackson’s King King, designs for Grand Theft Auto IV, and is the artist for The Bond of Saint Marcel comic. 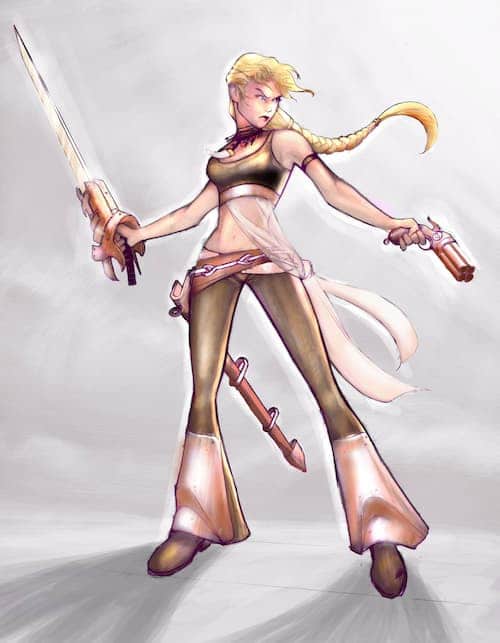 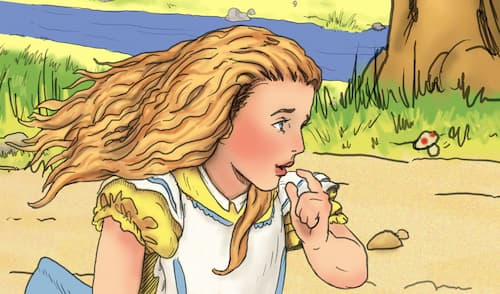 David has created computer-generated art for films such as Star Wars: Episode 1, A Perfect Storm, Planet of the Apes, and The Polar Express. After leaving the movie industry, David founded Golden Hour Art in 2002, bringing his high-quality affordable art to art-lovers.

Brom began working as a commercial illustrator, and has since branched out to every facet of the genre, from novels (Michael Moorcock, Terry Brooks), Roleplaying (TSR, White Wolf), comics (DC, Chaos, Dark Horse), and film (Tim Burton’s Sleepy Hollow, Galaxy Quest, Van Helsing). Recently, Brom has turned his hand to writing a series of illustrated novels, the first being The Plucker and the latest being The Devil’s Rose. 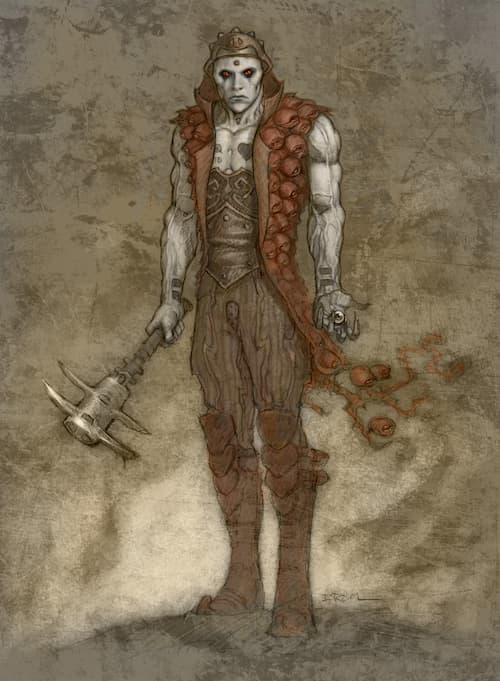 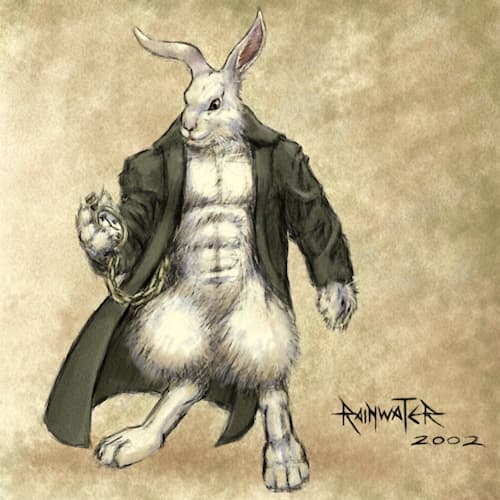 Eddie has 12 years of experience creating graphics, mostly in the video game industry. His services cover the spectrum of character tasks, ranging from concept designs through creation and animation, illustration and graphic designs. He has worked on the games Sim City, Spider-Man, Fallout, and the hugely popular World of Warcraft.
Home
BooksArtVideosNewsCosplayBlog
AboutStoreFilm, TV & GamesArtistsSchool VisitsFan ArtContact