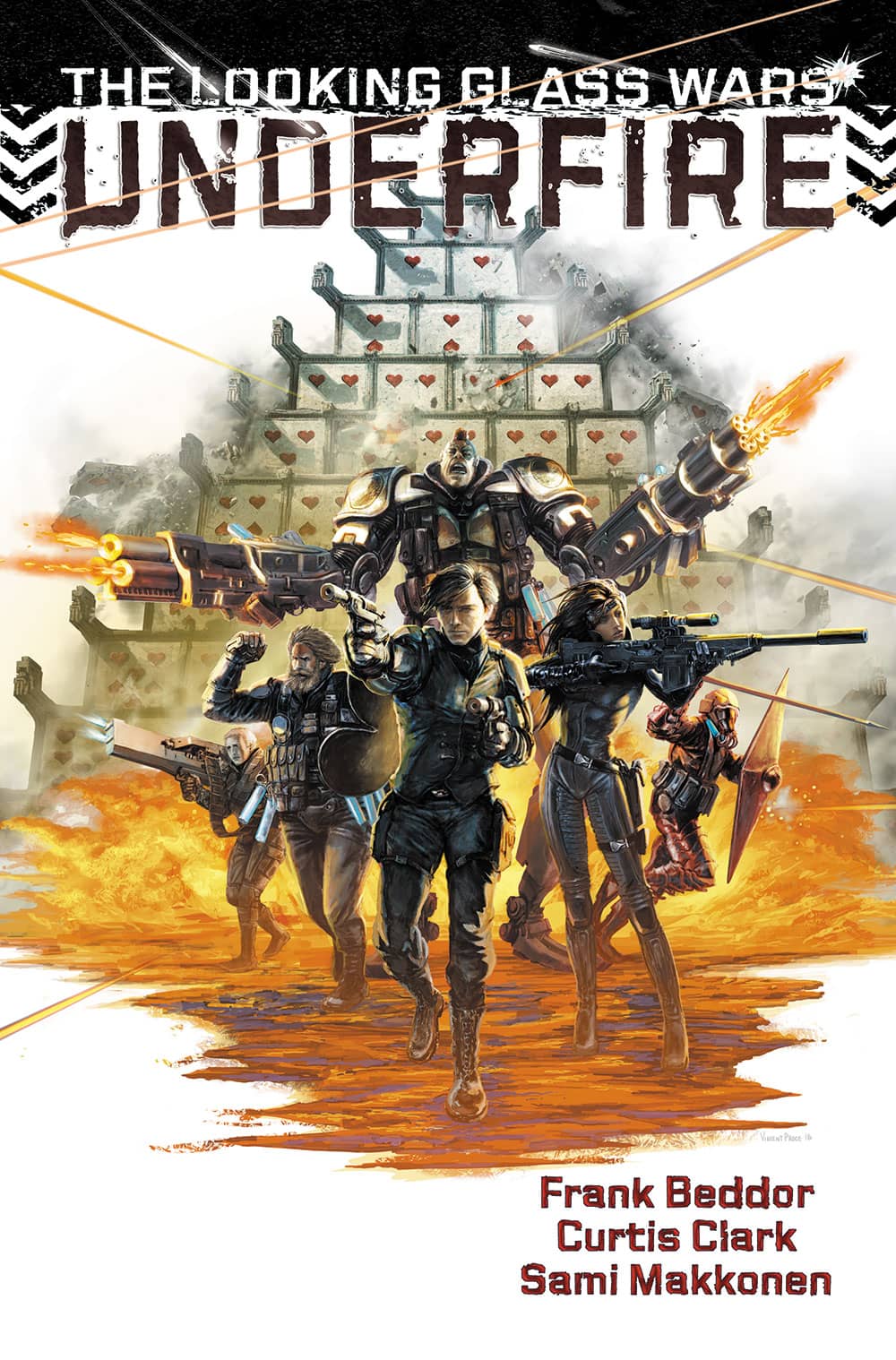 Get ready for another mind-blowing adventure from Wonderland―a story shot straight through the Pool of Tears. Wonderland’s elite forces of light must unite to battle the harbinger of darkness in the unforeseeable conclusion to CROSSFIRE.

Previously…Dashing Ovid Grey, rogue, criminal and ex-Milliner, was ordered by Queen Alyss to secretly locate and retrieve a Heart Crystal shard that had been hidden on Earth and was been igniting Black Imagination across the realms. Ovid’s mission was accomplished but not without some surprising twists, casualties and collateral damage for the Hearts.

Now, in UNDERFIRE, Queen Alyss solicits Ovid Grey’s services once again―this time to stop a devious plot hatched by the treacherous fish people of Unterlan, a plot that threatens the future of Wonderland and all who live there. As the hierarchy in Wonderland continues to shift following the creation of the Everqueen, Alyss’s hand is forced as she looks for a way to protect her Queendom and combat those who challenge her rule both at home and abroad. At great cost, she makes a difficult decision to activate a new hand in the House of Cards for a covert operation. Ovid and this special deck of card soldiers must traverse dangerous lands, fight strange new monsters and go beyond the ends of Imagination to stop Unterlan.

Can Ovid Grey stack the deck in Wonderland’s favor and deal himself the perfect hand to win this war? Or will Alyss’s new House of Cards topple under the relentless assault of the evil Fish People of Unterlan who wish to end her reign?

Find out in UNDERFIRE!