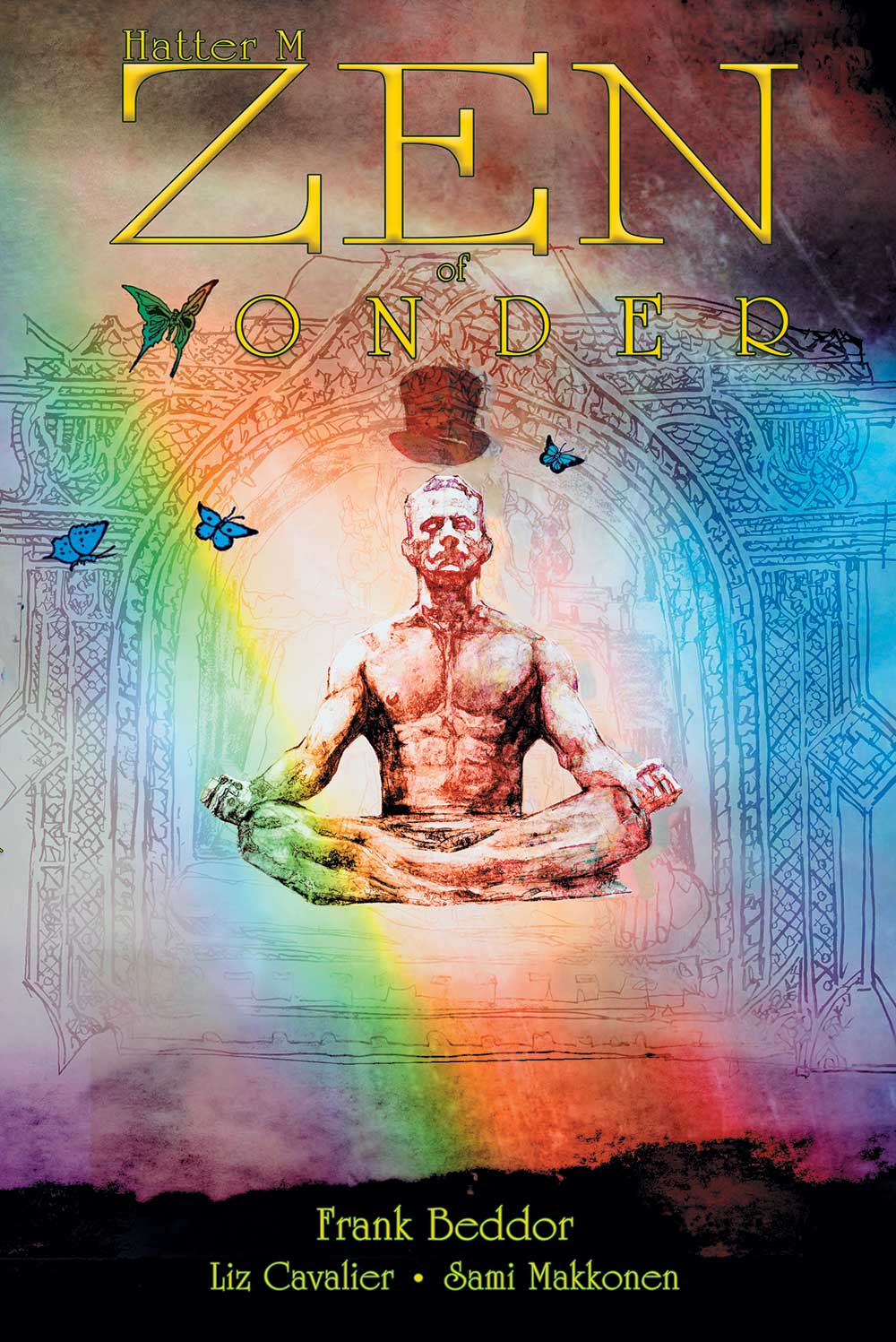 In Vol. 4, Royal Bodyguard Hatter Madigan’s search takes an unexpected detour when he travels ‘within’ guided by a mischievous and often maddening young girl named Nekko. Nekko’s origin is a Zen mystery, but her devotion to Hatter’s quest to find the lost Princess is unwavering. After Nekko kidnaps his Hat and leads him on a fearless chase across the rooftops of 1871 San Francisco, Hatter must acknowledge her as a teacher. It is written that when you are ready the teacher will appear, but if the teacher is a 12-year-old girl andyou are a High Ranking Bladesman you may discover that all you can do is laugh.

Hatter and Nekko’s adventure around the ring of fire begins when they track a stolen samurai sword with a Wonderland connection to San Francisco’s styling 19th century hiphop crime madam Missy Tong and her eager protégé, the outspoken Lil’ Dick. A stowaway trip aboard a shanghai sailing ship ends on the Hawaiian Islands where a surfboard becomes Hatter’s vehicle to illumination. And then on to Japan! Good grief it’s Chikao and the gang, schoolhouse demons, cosplay, manga, noodles and a long lost brother from another world. Duality? No. Milliners."

The Royal Suit Family, The House Of Hearts 11x17 Print